As a guy previously fully entrenched in the general media space (Sony), I am often surprised that there is not more focus from real estate leaders on the content dynamics of other industries. Nowhere are content and power dynamics more on display than in the movie/TV business.

The great unbundling of TV and movie content was supposed the be the democratization and freedom call for creators and consumers alike; it has not panned out that way. Netflix became a behemoth for sure, but I would contend that 1) they did not come close to delivering on the promise of being a one-stop-shop, and 2) they taught their competition how to beat them.

When we compare companies like Disney, HBO, and ESPN to large real estate companies, it is plain to see that entertainment companies mastered the craft of platform leverage (aka “distributed publishing”) without loss of control.

I believe what we are now witnessing is the beginning of the end, the demise or, at a minimum, the onset of impotence for big platforms.

When we look at what has gone down over the years, what we can safely observe is that TV and movie execs did their homework regarding the power of platforms; the vaguely winning posture has been, "don't be the music industry," and in a meandering way, it has worked!

While nobody enjoys increased friction when trying to access our favorite content, we do continue to play along because the value of the content is large enough. At least some friction is required for video content creators and owners to hold control and, truth be told, the people investing time and money into quality content deserve consumers’ attention.

I do not believe that the recent decline in Netflix’s stock price is an anomaly. Nobody wanted the great unbundling of cable to mean 10 different platforms, but as soon as Netflix, Google/YouTube, Amazon, and others started investing billions upon billions into content creation, the writing was on the wall: being cunning techies was not enough to dominate the entertainment sector. It is every man/woman for themselves in the race for consumers’ engagement. 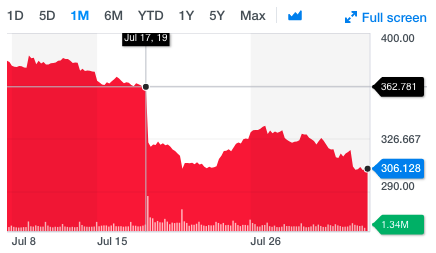 It would be wise for the real estate industry to ask why the bleeding edge video platforms were all forced to invest so heavily into content creation. They tried really hard not to get their hands dirty and yet they found themselves playing ball in the real arena: quality content creation at scale.

Entertainment companies with large media libraries learned the hard-won lesson that they have to maintain a direct to consumer system and strategy of their own. If they didn’t make that choice, all they were doing was feeding the beasts that would eventually eat them. Sound familiar?

So, how will real estate teams, companies, brands and networks compete in a world where content and data become unbundled?

The coolest part of all the investment money pouring into real estate is that every single one of us have to reinvent ourselves. This is hard for those of us that have been around the block a few times, but my bet is on Disney.

Save time.
Save money.